The value of a variable can be displayed as an example:

But there’s a way to make it easier. If a variable name is enclosed in double (not single) quotes, the variable is interpolated. For example:

Display in the browser:

There is also one subtlety when using variable interpolation. For example:

It is expected that the variable name $text will be replaced by its value. But the result will be an error message.

To prevent this from happening, you must specify which part of the word textpaper we have entered behind the variable name. To do this, we need to take the part we need in curly brackets:

Variables containing the names of other variables

In PHP, it is possible to place not only normal values, but also the names of other variables in a variable value.

To correctly display such variables in string constants enclosed in double quotes, curly brackets should also be used: ${$fruit}. For example:

We’ll see on the screen:

PHP statements Operators are one of the most important and basic topics. 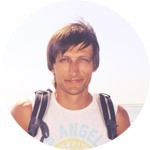